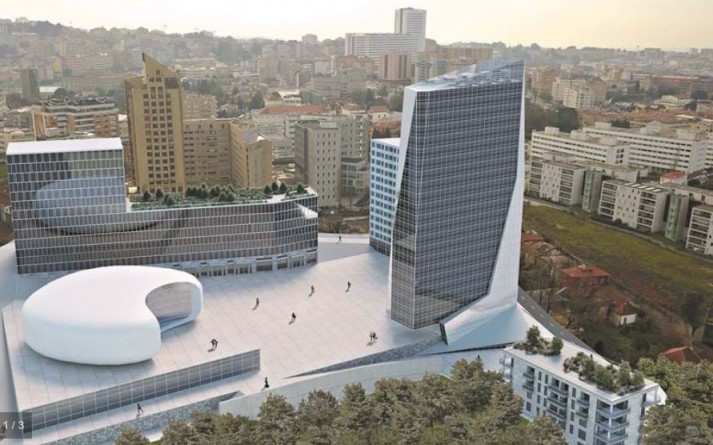 Due to start in November, the project includes the construction of a new four star hotel with 64 rooms, to be explored by a Spanish group. This 9 million euros investment aims to be ready in the Summer of 2023.

The first site aims to build the Skyline project, budgeted at 80 million euros, which will consist of a congress center with 2,500 seats, a five-star hotel with more than 250 rooms and a multi-purpose center, planned start next year. "The congress center will attract conferences from all over the world and will allow the city to become a center of knowledge, innovation and creativity", emphasized the businessman.

The second piece of land, for a project also budgeted at 80 million euros, is intended for the construction of a residential complex with more than 300 apartments, distributed over three towers, to be built between three to four years.

A residential development, with a capacity of about 200 apartments, and a tourist development will also be born in the borough of Bonfim,  in Porto, adding a 47 million euros investment in this area of ​​the city alone.

The pandemic crisis did not change the plans of these investors, giving strength to other previous news that refer that Porto continues to be an attractive city for the installation of international companies, and that foreign investment keeps the positive trend and anticipates strengthening the activity in the city, according to a study promoted by the County, through the investment attraction office InvestPorto.